Repeat this mantra: there’s no such thing as bad publicity. We good? Ok. Here for us were the oddest moments from the national final season. We’re a pretty jaded lot, but for each of these, we did this:

Belarus: Matvei Cooper and “DUX” band – “Strippers.” A song which asked the burning question, “where DO all the strippers go?” Well, the question remains unanswered. But I wanna know.

Estonia: The Moose.  During the Estonian semis Henrik Kalmet and Indrek Vaheoja from Winny Puhh teamed up with Peeter Oja from Kreisradio (Semi 1) and humorist/music critic Mart Juur (Semi 2)  to contribute commentary. Scoring a win for taxidermists everywhere, they were accompanied at the table by a large stuffed moose. As one does.

Estonia: The Clowns. The interval act in the Estonian semis was a set of clowns (actually Estonian comedians Jan Uuspõld, Ott Sepp, and Maiken Schmidt) singing Eurovision medleys. In the first semi, they did Eesti Laul classics, in the second semi, Eurovision classics.  Your reaction to this clip will depend entirely on your disposition towards clowns. 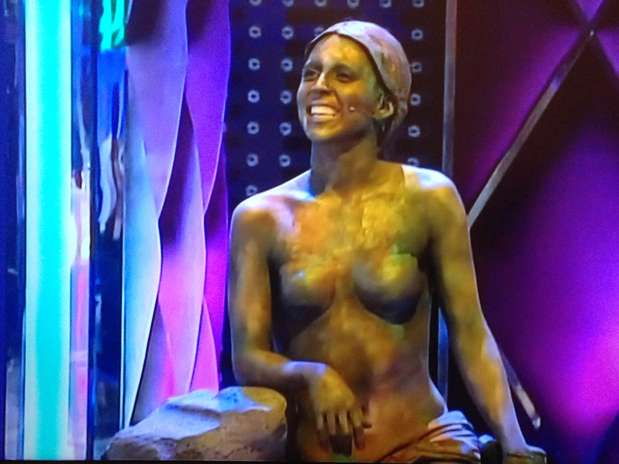 Latvia: Crazy Dolls – “Bučas.” Some folks might say that Crazy Dolls scored a victory for furries. We say this hot mess from the Latvian semifinals was desperate. The guy in the furry bear suit rode around the stage on a razor scooter, jammed with the backup singers (with their shiny silver dresses), helped the bassist with his bowing, and attempted to dump a bucket of confetti on the lead singer with the ukelele. The song was only 2:38, but it felt a minute too long.

Ireland: Linda Martin. Tapped to sit on the studio expert panel, former ESC winner Linda Martin was a woman with opinions to share and absolutely no filter. If you weren’t sitting right with her, she was having none of you.  Finger wags “No.  No no no no no,” candid opinions “It’s dated” and name calling “you odious little man,” were the hallmarks of the night.  But the highlight came when mentor Billy McGuinness threw shade at Louis Walsh, implying he was biased because he worked with two of the five acts (a tasteless act on McGuinness’ part, by the way, and what followed completely undermined his protege’s excellent performance). Linda Martin took offense, to the point where she got out of her seat and confronted McGuinness, Jerry Springer style. After the panel returned to the stage in the show’s final act, Martin admitted to cooling her jets in the back room with “the drink.”

Azerbaijan: Erkin Osmanli – “Girls Girls Girls.”  Perfectly captures the spirit of the American Wild West. Who knew that the Aliyevs have been spending money on a time machine?

Belarus: TEO – “Cheesecake”.  Weirdest of all, this won the Belorussian national final, and we’ll be seeing it in Copenhagen. Most of what we have to say was already covered in our writeup of Belarus. All except this: With every week, our love for “Cheesecake” grows.